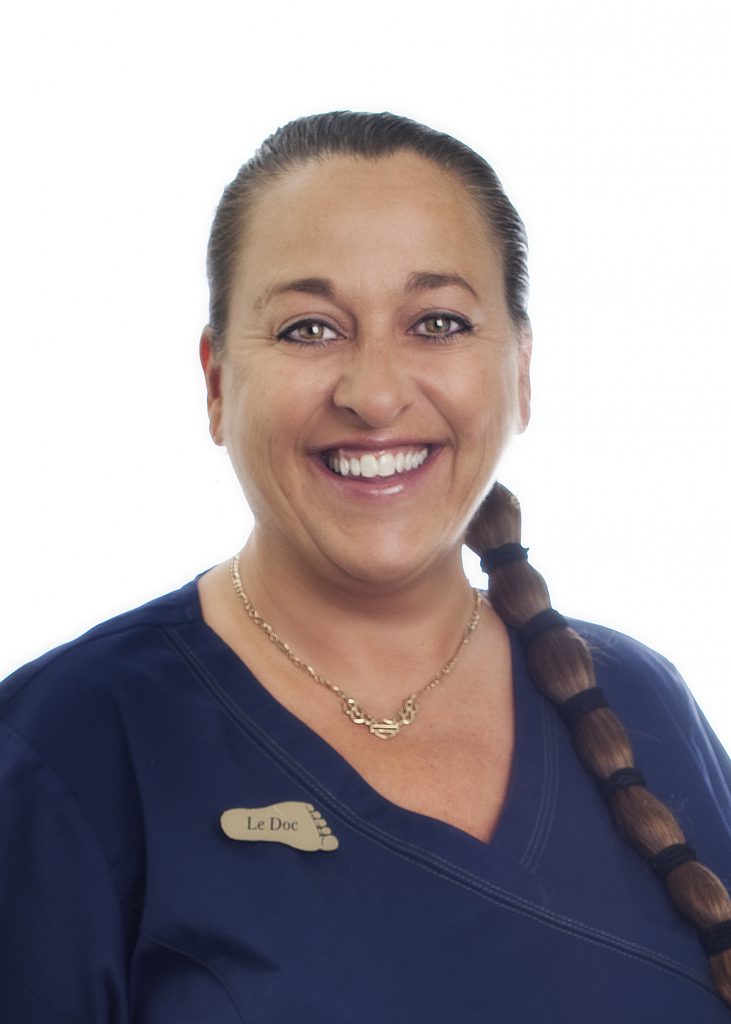 Inspired by the career of her father, Albert Cormier, Dr. Lynda Cormier starts her professional path in 1984 as a podiatric assistant in Montreal. In 1986, she graduates from the SMAE Institute, in England, in the field of chiropodiatry. Then, in 1992, she graduates from the New York College of Podiatric Medicine, in the United States, and has become a member of the Ordre des podiatres du Québec (OPQ).

Always with a view to vary her expertise, she acts as a volunteer for the Ambulance St-Jean and as a member of the Red Cross. In 1993, she opens a satellite clinic in Gatineau, in the Hull sector.

In 1994, Dr. Lynda Cormier is authorized to practise in the Province of Ontario by the College of Chiropodists of Ontario.

In 1995, she becomes a member of the OPQ’s office. The Gatineau sector and Hull sector clinics are merged in 1996 to form the one we know today at 456 boulevard de l’Hôpital. Dr. Albert Cormier takes a well-deserved retirement in 2006.

While practising, she completes training in biomechanics and ambulatory foot surgery. After graduating, in 2003, she is awarded the title of fellow by the Academy of Ambulatory Foot and Ankle Surgery.

In the same year, she involves herself in the Special Olympics by managing the foot clinic for the athletes. Since 2006, within that organization, she is the director of “Fit Feet Québec”. Those games are held everywhere in the province every year.

Proud of the development of the podiatric profession in Quebec, she accepts podiatry interns who complete their training.